Once a machine has been commissioned (see Commission machines) the next logical step is to deploy it. Deploying a machine means, effectively, to install an operating system on it.

The agent that triggers deployment may vary. For instance, if the machines are destined to run complex, inter-related services that scale up or down frequently, like a “cloud” resource, then Juju is the recommended deployment agent. Juju will also install and configure services on the deployed machines. If you want to use MAAS to install a base operating system and work on the machines manually, then you can deploy a machine directly with MAAS.

Machines deployed with MAAS will also be ready to accept connections via SSH, to the ‘ubuntu’ user account. This connection assumes that you have imported an SSH key has to your MAAS account. This is explained in SSH keys.

Juju adds SSH keys to machines under its control.

Acquiring (“allocating”) a machine reserves the machine for the exclusive use of the acquiring process. The machine is no longer available to any other process, including another MAAS instance, or a process such as Juju.

Before deploying a machine, MAAS must acquire it (status ‘Allocated’). When deploying from the web UI, this action is performed automatically (and invisibly).

The action remains useful in terms of reserving a machine for later use. To acquire a machine explicitly select the machine and apply the ‘Acquire’ action.

To acquire/allocate a node with the web UI, select a machine which is in the “Ready” state, and drop down the “Take action” menu: 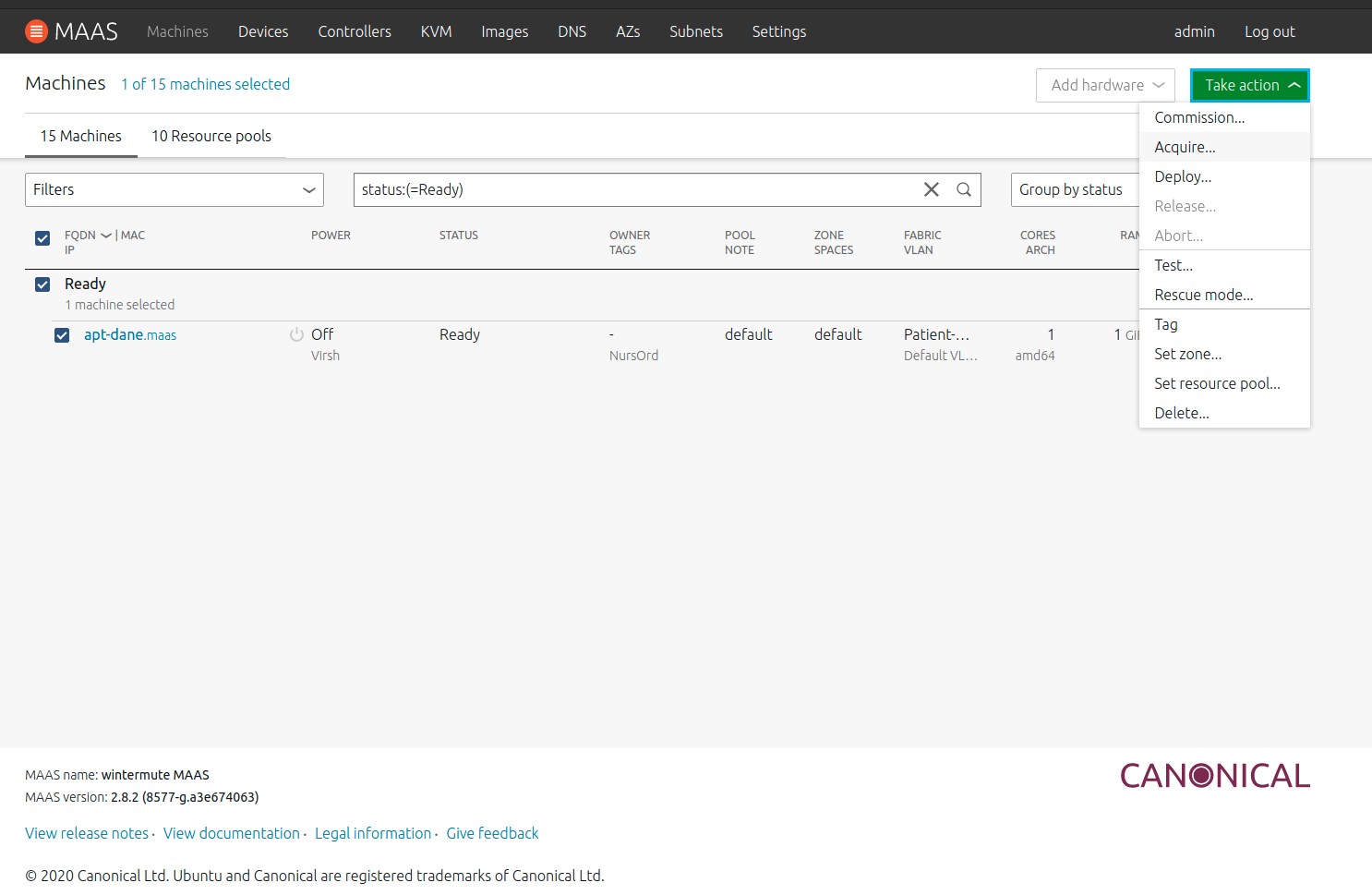 Select “Acquire” from the drop-down menu, which will bring you to a confirmation screen: 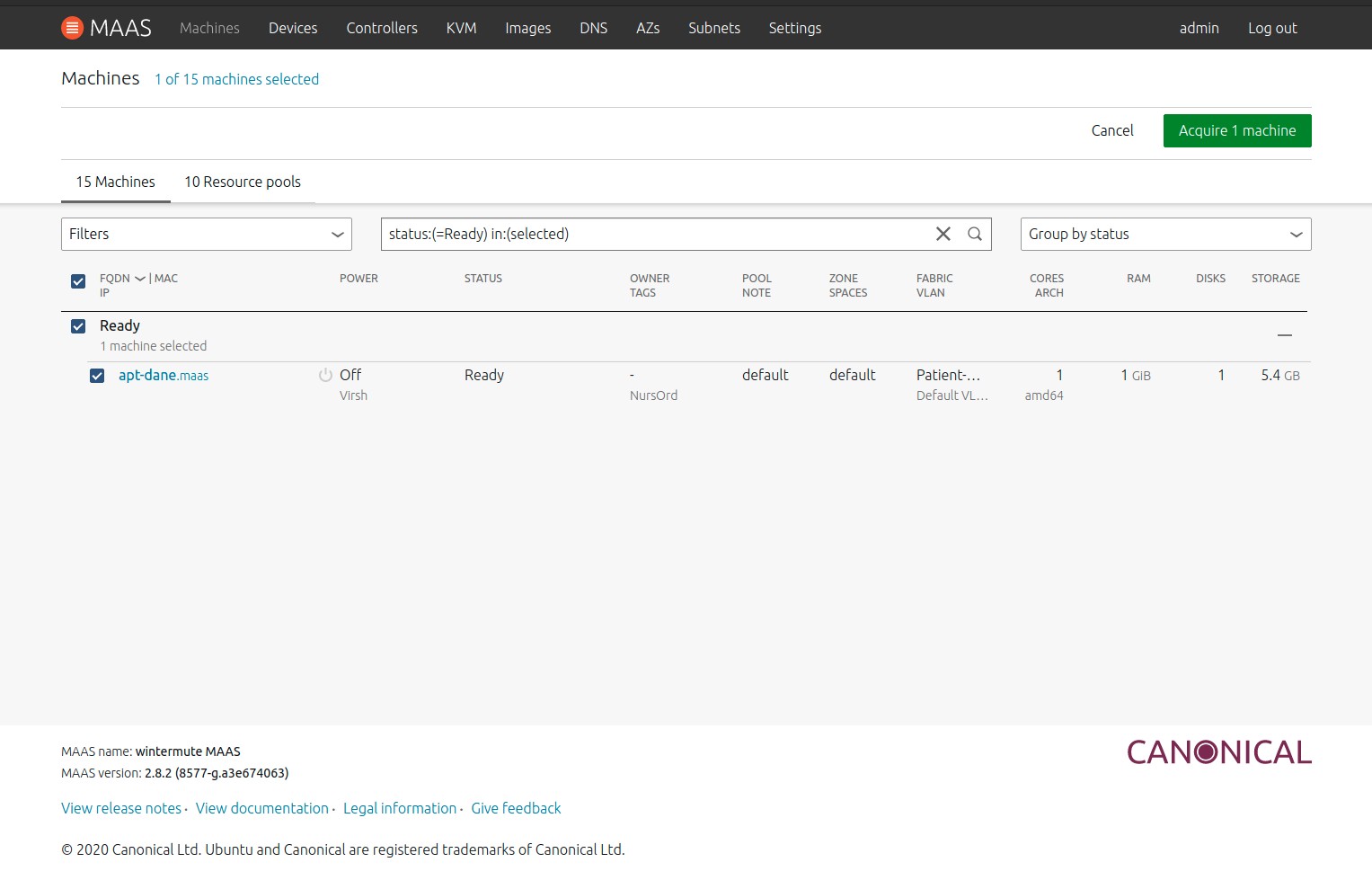 MAAS will acquire the selected machine; you can now find it in the list of “Allocated” machines: 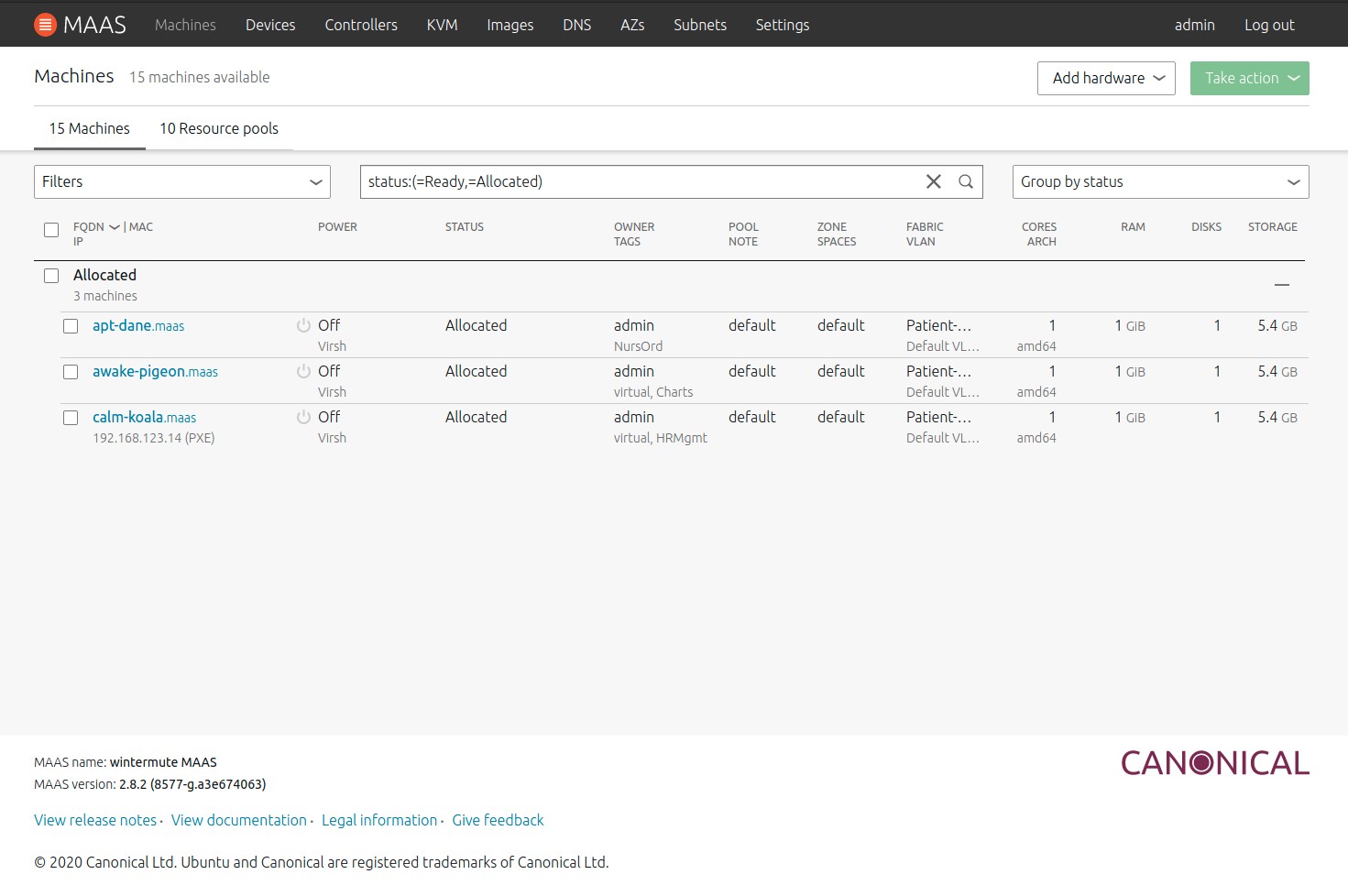 To acquire a node, it must have a status of ‘Ready’.

To deploy, you must configure the underlying machine to netboot. Such a machine will undergo the following process:

The curtin installer uses an image-based method and is now the only installer used by MAAS. Although the older debian-installer method has been removed, curtin continues to support preseed files. For more information about customising machines see Custom machine setup.

Before deploying, you should take two key actions:

To deploy directly from MAAS, select one or more machine(s) and press the ‘Deploy’ button.

You then have the option of deviating from the default OS, release, and kernel. When ready, press ‘Deploy X machine(s)’ (where ‘X’ is the number of machines selected).

While a machine is deploying its status will change to Deploying to ‘OS’, where ‘OS’ is the name of the OS being deployed (e.g. ‘Deploying to Ubuntu 16.04 LTS’).

Once a machine has finished deploying its status will change to just the name of the OS (e.g. ‘Ubuntu 18.04 LTS’).