I’ve searched around the forum as suggested by billwear here but has come out empty-handed, someone mentioned a network misconfiguration, but not the resolution. I’ve included a gif recording of the proxmox test-vm I’m testing provisioning with along with a print-screen of the final state. 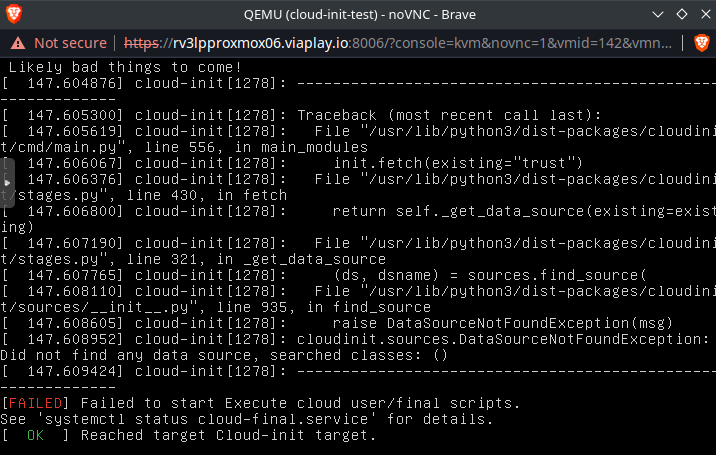 Sadly searching the forum doesn’t give me much, or anything. The issue appeared out of the wild, I might’ve reconfigured which VLAN’s have DHCP, set the TTL on the builtin DNS server, but trying to revert haven’t helped.

I’ve enabled some extra logging in nginx and squid, i can’t really tell what’s wrong but something about maas-regiond-webapp.sock doesn’t seem to be right.

This discourse is configured to not allow file uploading so I’ve taken the liberty of uploading my logs directory to https://filebin.net/asow7rmjh5h6ulyh.

I’ve seen this issue lingering around since 2017 in various places online when searching, and the resolution seems to be to set MAAS up from scratch and not touch anything related to networking ever again.

It seems after further testing (after messing with various things) that my vlan 2505 still works while 2407 doesn’t, they both worked earlier.

Any help with troubleshooting to resolve this once and for all and document it for the rest of MAAS users would be greatly appreciated. 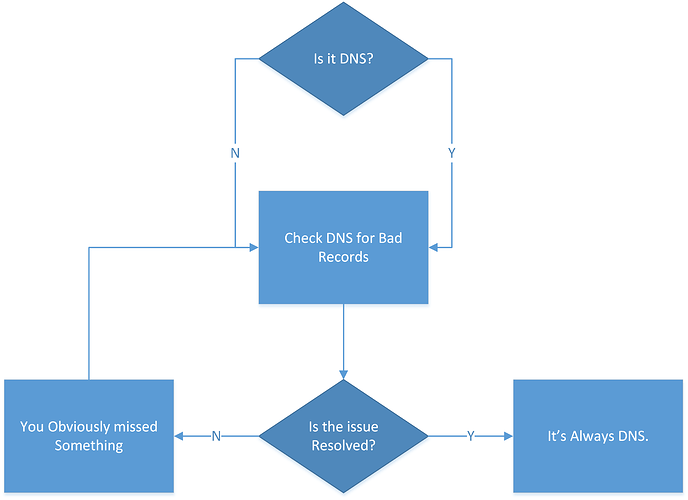 MAAS gives you different metadata_url depending on where you access /MAAS/metadata/latest/enlist-preseed/?op=get_enlist_preseed from. Since this was the last URL I could find in any access logs I replicated the request from the same subnet and then instead of returning an IP like it did when I was testing in my browser from another subnet, it was returning the hostname of my MAAS server. If you put down any DNS configuration in your subnet that’s what the earliest boot-stages will use. In our case we haven’t forwarded our MAAS subdomain from our DNS servers to it yet (since we’re still in “roll-out phase” (call it testing it with a hammer phase if you will)).

So when you’re troubleshooting MAAS, make sure to be on the same subnet you’re trying to boot from if you want to see what data the server will give back to you.

@unpicked5507, love the flowchart. does this mean you found your issue, or still having trouble?