We have a large working cluster, however we deployed today for the first time in a month and network config failed to come up properly, looking in the logs compared to a machine with the same config booted one month before:

This is causing issues as it’s not bringing up the ips on the interfaces nor the routes. It looks like the latest image from maas.io is the problem.

I’m trying to drill down into what changed on the image to cause this.

this is not something I’ve seen before. Is it happening on every deploy, or is it intermittent?

It would be good if you could share the network configuration for the machine, and the cloud-init logs

Spent a few days doing some digging. Here’s what I’ve found so far.

With 20.04.1 and before, there was no issue with this setup on any of our systems. However since 20.04.3 in two of our locations, none of the servers properly create the network, (the bonds get created, but no ips added, or just one of the ipv4 get added)

The only change we can see in the cloud-init log is that aforementioned netplan error. However to note this error shows on all locations, it just only breaks the networking creation in these two locations.

Looking at what makes these locations different, the only thing I can see is these are the only two locations we use 10GBASE-T instead of SFPs, and as a result, they use different nics/switches than the other locations.

On these two locations, I’ve done some experimenting, and this issue does not happen if we remove the aliases. It seems to be a problem with the IPv6 address aliases.

Onto debugging the error;

Now on a non working node, that previously worked, when booting the bond comes up but no ips are set (Since there is no network access I’m looking at the console): 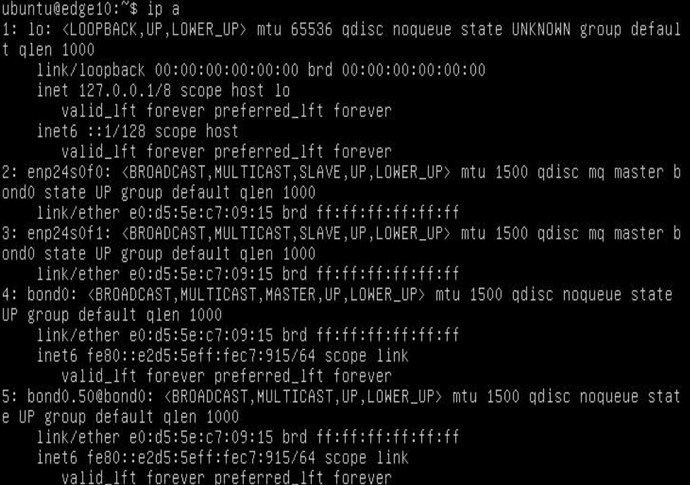 Now there is also a new error in the systemd-networkd (which netplan is now falling back to from the previous error?)
https://gist.github.com/Wrhector/e89d567853ed76f1ee96a20c20c5d616

(The 11:39:16 time is when I manually run netplan apply from the console to bring up the ips.)

The fact this only happens to these two locations is interesting, I’m wondering if the switches in these locations are somehow slower to bring up the bond which is causing the issue. Having said that, this wasn’t an issue on the previous image version, when the netplan apply that cloud init ran didn’t fail.

@williammmllc, did you ever get any closure on this one?

okay, please go ahead and file a bug. it might not be a bug, but if you’ve stumped two MAAS engineers already (bjorn and me), we should treat it as a bug until we find out otherwise.