DHCP Relay with the same VLAN

Hi. I’m having a little issue on how to setup the subnets and the VLANs with DHCP relay. Was thinking off getting some advice here.

When I had my MaaS server setup, the subnets, vlan and fabrics are already setup like this:

image1405×62 9.47 KB
Assuming the VLAN network is for production usage.
After I have added the network, it says that it has DHCP enabled 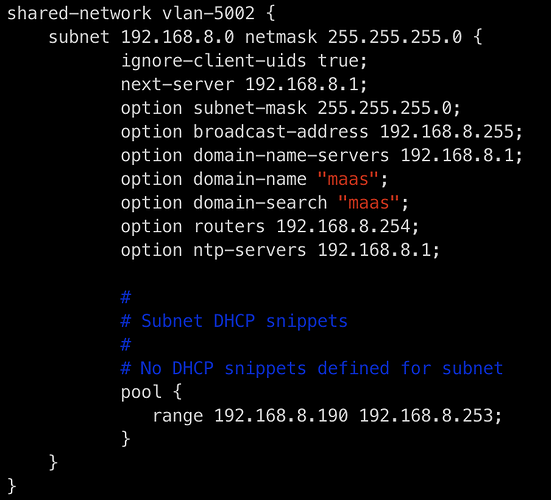 May I know how can I create a DHCP relay configuration, when they are under the same VLAN? From the guide in MaaS documentation, it only works when it’s relayed between different VLANs.